The weeds come out from the breakage of the asphalt, at the edges of roads and pavements, from cracks of the walls. I am walking in Athens, a solemn day of December. I look down at my boots; first day I wear them again this new winter. My socks got soaked yesterday from splashing around the brooks formed after a few hours of rain. Not in the countryside, in Athens downtown.
The drainage suffers, the asphalt deteriorates and the cracks are spreading. Maintenance costs money and there is a shortage now; so, the possibility of sealing the breakage, or reinforcing the cement is not to be seeing in the horizon. I bet we will keep watching cracks as they multiply.
I see also tree roots breaking the slabs of the pavements. The strong and forgotten roots emerge. They come out into the open, free, liberated at last from the burden of so much weight of civilized substances on them for so long.
These green coming strongly out of the cracks is an optimistic sign; it brings an aura of regeneration rather than degeneration. The persistence of what seemed weak and fragile, insignificant, humble, silent can now find some space to emerge.

The squares of Athens, ‘plateies’

For many decades the soil and the tree roots were covered. The city has undergone a fundamental ‘lifting’, with roads transformed to pedestrian streets and then used for parking cars and motorbikes or numerous café chairs. Our squares were widely reconstructed; in Greek we call them ‘plateies’. They are the public spaces par excellence, and like the ‘piazzas, places, plazas…’ around the world, squares are dense with history and connotations, from romantic dates to revolutions.
The last decades in Athens we have seen one square after the other, even the oldest and most traditional, like Omonoia, Monastiraki, Kolonaki to get transformed into fortresses out of concrete, tiles, or other hard materials. There was controversy, debates; the result stands here around us for everybody to see, and at the end of the day, to live with it.
To me, the grey gothic severity and an abundance of lamps buried the lightness, the ambiguity of shadows, the secrets of the trees, the playful harmony of gravel and falling leaves, of untamed grass. The birds disappeared, and with them, insects, butterflies and other species. The pigeons monopolize the ground, as the most resistant city lovers.
It seemed that in the era of abundance too much money had to be spent to tame earth, nature, to avoid what was considered chaotic, out of control. All the ‘dangerous stuff’ like sand, mud, had to be covered, extinguished. Children were no longer allowed to get dirty. Men’s shoes had to shine, extra polished and women were strolling on high heels like rope walkers.

The return of the shoe shine boys too?

Once upon a time, Athens was full of dirt roads, and shoe shine boys at the corners, ‘loustroi’ in Greek, were needed and could make ends meat. They survived in literature,  in songs and in the cinema, of course.
The authorities have postponed to reach workable solutions for the managing of garbage and cleanliness in a city that reached almost 5 million at its peak around the making of the Olympic games. Education about managing public spaces is missing. Today the one problem accumulates on top of the other, and even the basic cleanliness in the streets is absent. At the corners the baskets stand overfilled; tall and narrow like flower vases they seem a dysfunctional choice. Aesthetics may be subjective, while functional criteria offer a more solid basis for items addressed to serve the people, and the great variety of them, height, disabilities taken into account.
But weeds, the wild unwanted plants, find their way to strike free. If regarded as a metaphor, weeds stand for the currents, the voices, the trends that were brewing under the surface for years and now they find the leaks to come out, quietly, dynamic.

This article is related to the site specific installation by my friend the landscape designer Stefano Baccari. He had exhibited his ‘Malerbe’ project for the exhibition “o’clock, design of the times, time of design” in Triennale Design Museum, Milan, ITALY, from October 11th  2011 to January 8th 2012. You may visit his site to see the original photos of the project and his thoughts about ‘a topic which is particularly dear to the designer, common weeds’.    http://www.studiobaccari.com/i_malerbe.html

If you want to read more about squares and public spaces in the city of Athens click : http://to.ly/hXeZ 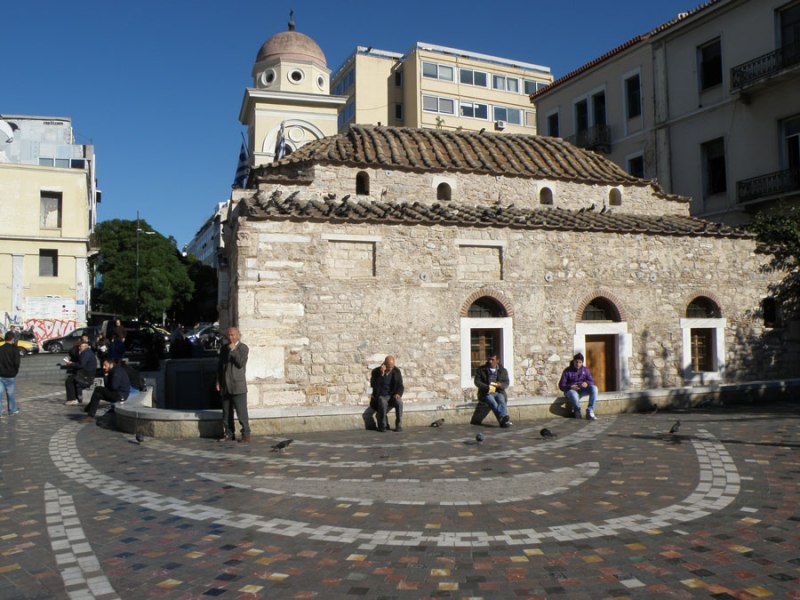 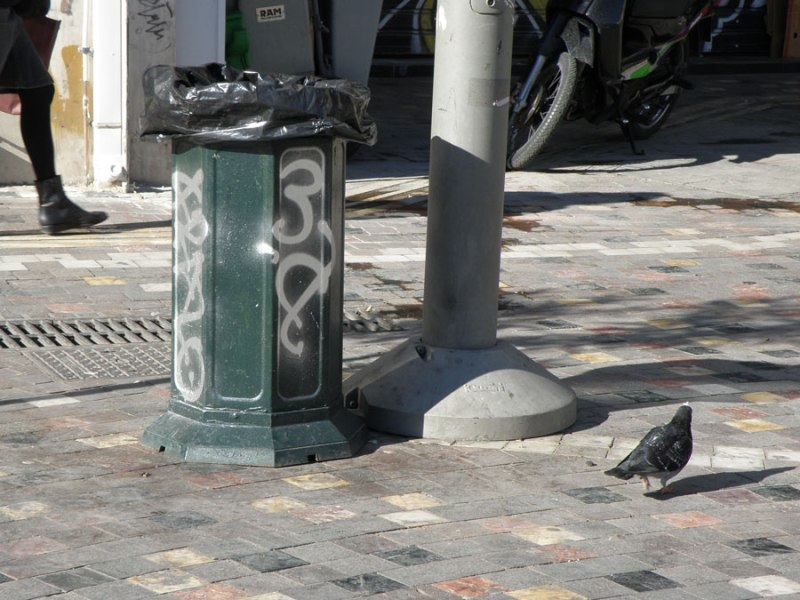 one of my photographs in ‘Malerbe’ installation, Triennale Milano

‘Why I started this Blog?' this Page of my Blog summarises some my intentions. Primarily I want to tell better stories in words & images. Master of Fine Arts in Creative Writing, Kingston University, UK, 2018 | Master of Arts in Literary Translation, Essex University, UK, 1985 ***3 X Awards for Blogging since May 2012 for English & Greek posts. https://urbantraveltales.com Instagram: lisasamloglou for contact.

More on my Blog intentions, go to the Blog Page titled: ‘Why did I start this Blog?’

Your comments here are always welcomed. Thank you for visiting! 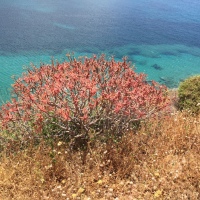